Al Parks - 38 years old, of Treece Kansas, who was employed as a hooker at the Chubb hard rock lead and zine mine, was instantly killed yesterday afternoon shortly before 4 o'clock when his clothing became entangled in a loaded can being hoisted up to the surface. He plunged to the bottom of the shaft 100 feet below when his clothing tore loose. His neck was broken, his skull fractured and his left arm and leg were broken. Parks made no known cries of alarm. Jack Allen, the hoisterman, did not realize anything was wrong until the can had been hoisted quite a distance, when his attention was suddenly attracted by the violent bumping of the can against the side of the shaft. He said he at once shut off the hoister and after several minutes discovered the body. Underground workmen heard the can bumping against the shaft in an unusual manner and ran to see what was wrong. When they arrived close to the shaft the body of Parks plunged head foremost into an empty can, which was setting on the "dog house." Parks is survived by his wife, Mrs. Jan Parks, and two children, Joe Parks, 13 years old, and Irene Parks, 16. Burial in the Greenlawn cemetery in Kansas.
Miami News Record,Miami,OK

Nov 22 1951
Page:
Column:
From:
Greenlawn Cemetery
Northwest of Picher Oklahoma and Treece Kansas 1870's - May 2003
byS J Mahurin
Note: More records for this person may be available. Do a New search to be sure you have found them all.
Click image to enlarge 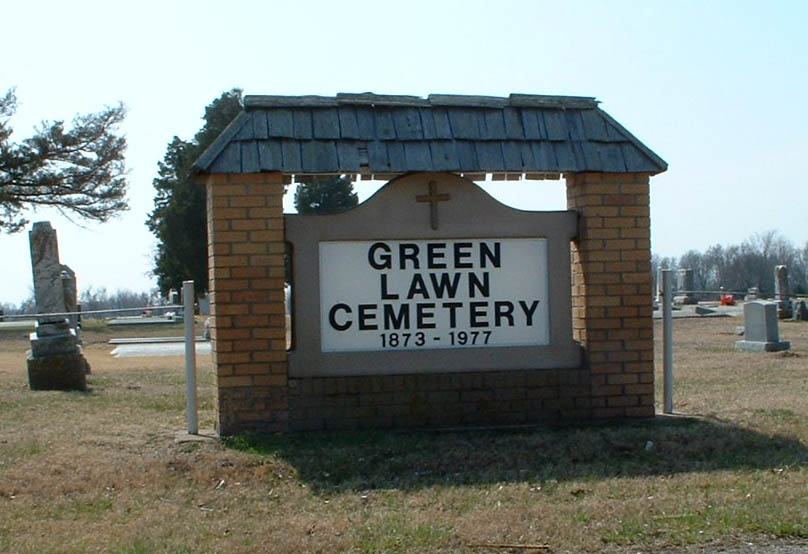